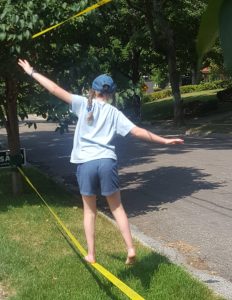 My startup career dates back to 1999 in the Bay Area, just before the first Internet bubble popped. At that time and place, there was a phenomenon called “Planning for Success.”

This concept – that entrepreneurs should tie their spending levels to aggressive growth plans – was pushed by venture capitalists on their portfolio companies. The underlying logic is that management needs to act confidently, boldly, and decisively in order to reach their goals.

The justification by VC’s was twofold:

With this mentality, early-stage companies that had no product, let alone customers, went on a spending spree. They hired, leased big offices, and made large capital outlays.

Preparing for the big launch?  Better get expensive call-center hardware, managers, and representatives in place now to handle the large volume of customer support which we’ll soon need. We’re “Planning for Success,” after all.

What it turns out we were overly optimistic about when we thought we’d be ready? Or what if the product launches, but needs fine-tuning before we can generate meaningful sales? Don’t worry – we’ll just raise more money to bridge the gap.

Unsurprisingly, most of these companies went belly-up, running out of money before any volume of customer service ever materialized.  Several never even made it to product launch, or even fielded a single customer service call.

It’s not that the businesses themselves were all intrinsically doomed to fail.  Some were, sure. But others had talented teams, promising technologies, and sound fundamental value propositions. However, one and all, each fell victim to overly optimistic assumptions about growth and could not support the burn rate they created. Given more time, many would have survived, and several would have thrived.

Scaling expenses too quickly is certainly a well-trodden way to run a company into the ground. Ironically, “Planning for Success” can itself be the cause of failure – especially when the VC’s promise that raising subsequent rounds of financing will always be an option rings hollow.

Raising money for a company that hasn’t found product-market fit and is burning through cash is tough.

A bottleneck in a particular area can compromise the customer experience, limit growth, or foster competitors’ success. Great examples abound – from Friendster’s inability to handle explosive growth which made way for Facebook’s rise to eToy’s failure to fulfill order in its first holiday season in 1999.

Threading the needle between under- and over-investment while scaling for an early-stage customer is a tough, but critical process. The behind-the-scenes decision-making and day-to-day repercussions on this dimension can be just as important to a startup’s success as the underlying business.

Next up in Part 2: our experience at Gain Compliance.