Following up on my earlier post from last October now that the dust has settled, it’s official: Insurtech remains sizzlingly hot.

The numbers are in, and they are impressive. Insurtech funding grew globally to almost $4 billion globally in 2019. This is the continuation of a trend: starting from an already very high level of investment in 2014, activity has risen markedly in the following four years: 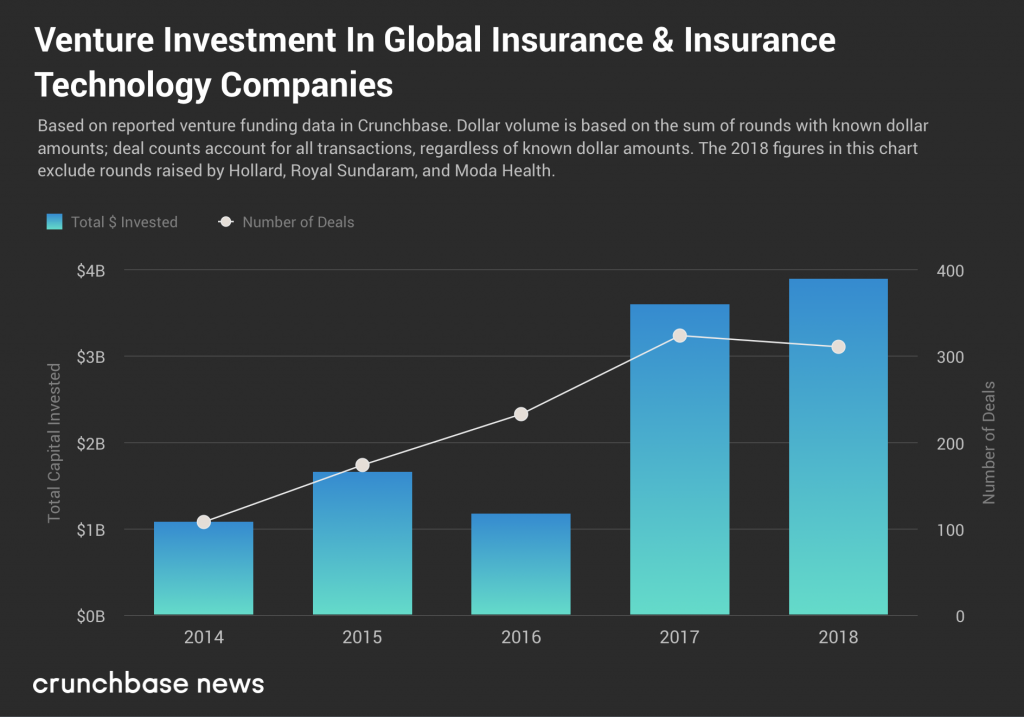 Credit: “A Record $2.5B Went to U.S. Insurance Deals Last Year, And Big Insurers Are In All The Way,” https://news.crunchbase.com/news/a-record-2-5b-went-to-u-s-insurance-startup-deals-last-year-and-big-insurers-are-in-all-the-way/

Notably, the areas within Insurtech which are seeing the highest levels of investment remain constant:

Guess what’s still not a theme in Insurtech? RegTech.

Back-office software that automates regulatory compliance is still conspicuously absent from the conversation. This is curious as:

It defies logic that Insurtech and RegTech haven’t combined into some investment theme all of its own, perhaps with its own special mashup moniker – InRegTech? RegInTech?

To borrow a pop culture analogy, it’s as if someone carrying chocolate and another one carrying peanut butter collided, sampled the combined taste, and never realized the seminal confectionary moment they had just experienced.